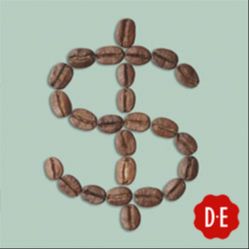 Did you invest in Dutch coffee? It might have a very rich taste.

Are you a stockholder of Douwe Egberts Master Blenders 1753? Then you probably have a right to compensation. In June, 2012 the Dutch coffee company received a stock exchange listing on the NYSE Euronext Amsterdam, a fund that, however, a year later, in April, 2013 was purchased from the exchange by the investor Oak Leaf.

Especially many American investors, including perhaps you, have not yet registered their shares. The official registration period has in the meantime expired, but JARK can still help you to register the shares and to receive the associated compensation of € 12.50 per share. Apply here and discover the value of Dutch coffee.

Anyone with not yet registered shares is from April 8, 2014 on, is still legally ordered by the Commercial Division of the Amsterdam Court to transfer the unencumbered right to the shares. The compensation of € 12.50 for these shares is meanwhile consigned to the Netherlands Ministry of Finance.

As a stockholder of Douwe Egberts Master Blenders 1753, JARK will gladly help you still to register your shares. And to receive thereby the compensation of € 12.50 per share.

In 1753 Egbert Douwes and his wife Akke Thysses began a grocery store and sold, among other food products, chocolate and tropical fruits. The shop, that in the meantime had been devoted to the processing and grinding of coffee, tea, and tobacco, was taken over in 1780 by their son Douwe Egberts, whose name had been connected with the business since then.

On March 28, 2013 DE Master Blenders 1753 made it known that they were in negotiations with Oak Leak (a group of German investors under the leadership of Jon A. Beckinser). The tender from Oak Leaf was definitively fixed on April 12, 2013 at € 12,50 per DE Master Blenders 1753 share. By April 8, 2014, 95.27% of the shares were registered before the sale. This means that 4.73% of these shares still have to be registered. JARK offers the solution to this.

Do you have a question or would you like us to contact you? Fill in the form and we will respond as soon as possible.